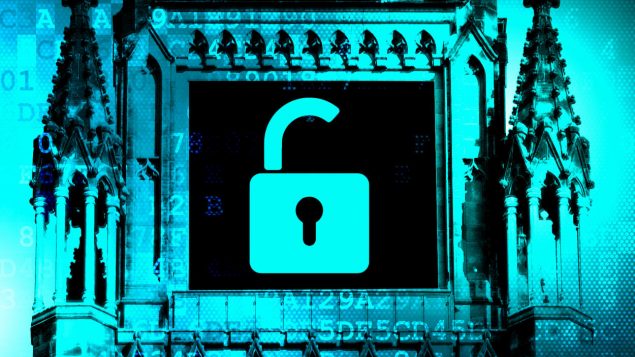 Par Maryse Jobin |
This email address is being protected from spambots. You need JavaScript enabled to view it.
Publié le lundi 16 septembre 2019 à 16:00 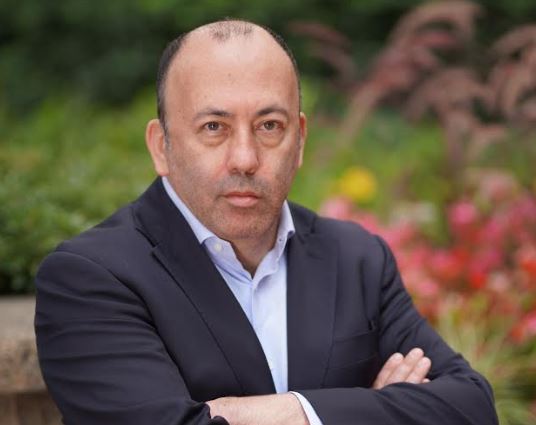 GlobeX Data Ltd (CSE:SWIS) is on a mission to keep your data and communications safe, and in a world where each week seems to bring news of yet another large-scale data breach, it’s a mission of vital importance.

The Vancouver-based company offers a powerful product suite for cloud-based storage, document management, encrypted e-mail and secure communication with a few twists that differentiate it from the competition.

GlobeX Data is readying a marketing push at a time when the cybersecurity market, by some counts, is set to exceed US$300 billion within five years, making the company’s recent debut on the Canadian Securities Exchange particularly timely.

In an interview with Proactive, CEO Alain Ghiai explained why data is such a valuable commodity and why that means companies and individuals alike need to take more caution to protect themselves.

Can you give us a quick introduction to GlobeX Data and the company’s origins?

GlobeX Data has its origins in Switzerland and in payment processing. In 2008, during the credit crunch, most of the banks stopped lending to merchants. We used our technology to transform ourselves into a data backup company. In 2010, we started to develop a couple of products, the first of which became DigitalSafe, our secure backup file-share password manager. In 2012, I started GlobeX Data Inc. out of New York to expand in North America.

I was approached to license our technology to a CSE-listed company, which eventually became a shell company. When the licensing was supposed to be exchanged for funds the company didn’t have the money, so I called my board members and suggested listing on the CSE ourselves and formed GlobeX Data Ltd. We raised money locally and set up an office in Vancouver. We started to receive a lot of interest from overseas and wanted to have an entity that handled everything outside of our Swiss-based private company. Vancouver was a perfect choice geographically to handle Asia and Latin America, our prime targets to start off our international business, and was also selected for the purpose of going public in an IPO on the CSE.

Our first major contract was with America Movil and its mobile division in Mexico called Telcel that has 75 million subscribers. Because they’re in 26 countries, we would eventually be able to sell services from the US all the way down through South America. Over the last couple of years, we’ve signed deals with half a dozen partners. America Movil has close to 400 million subscribers, almost 300 million of them mobile users.

Why did it make sense to go public now?

Our goal in going public was to have a platform to raise more money and get wider recognition because when you are public it brings a level of transparency to the company that our partners like. Right now, data security and privacy are becoming predominant subjects in our society. People are the product now – the big companies are making money off our data. There is no real player that can offer the variety of services that we do when it comes to privacy and security. Our prime directive is to respect your privacy. We use the best security possible and have proprietary technology that other businesses don’t use because they think it’s too costly. Storage has become commoditized, but there’s no price for privacy.

I find that Canadians are quite conservative, almost too conservative to adopt new technologies. Also, they underestimate the value of security or privacy and the value that they hold. I think US investors value technology stocks a lot more than we do in Canada. This is why companies go to the US to get funding – investors there will pay for innovation. It’s a shame because Canada is a fantastic country with some great tech stories. In order to attract more investors in the US, we plan to co-list in the US market by Q1 of 2020.

There’s a lot of talk out there that data is more valuable a commodity than oil. What’s your take?

I think data is even bigger than oil right now. The thing that makes it valuable is that a company or group can use it to create a profile and sell it to a third party to try and sell something to the consumer. Contrary to oil, which is a consumable, data can be repackaged and resold. Thanks to social media, the public is used to advertising their status every few minutes.

Why is it that people seem to be incredibly willing to give away their data for free?

When it comes to information, anything that is “easy” in the digital world is counterbalanced by the individual giving away more and more privacy. We live in a society where everything needs to be instant. If you want to have this instantaneous response, you are essentially giving away your data for free. Most people don’t realize the danger that this can cause because the average person doesn’t think they have anything to hide. It’s not about hiding from the government, it’s about keeping your data private so commercial companies don’t exploit you like a commodity.

How do the services work? Are they an alternative to popular instant messaging applications?

GlobeX’s services don’t use open source coding; instead, we use our own technology to add privacy and security by design. We try to offer what businesses and people need, which is a backup for their data and a file share and secure e-mail. DigitalSafe is like a Dropbox, e-mail, and a password manager all in one. Our e-mail engine, Custodia, lets you send a message to an unsecured e-mail address and that service will not be able to read the content. PrivaTalk is a secure communications suite with chat, voice, video and e-mail. Our chat has a self-destruct timer that will disappear on the device. We never require your phone number because the minute you do that, hackers have an even higher ability to access your data.

We are also launching a product called Sekur, a service for high net worth individuals and corporations, in the fourth quarter of 2019. We were inspired to create the product from the Sony hack that happened a few years ago. This service is for any business where management wishes to communicate without the in-house IT department knowing what’s going on.

What else is coming down the pipeline in the next few months?

We’ve talked at length about the dangers of leaving data unsecured. What are some simple steps that we as individuals can take to protect our information?

The question that we need to be asking ourselves is how much is our data worth to us? The first thing I would advise is to reduce your social media footprint. Essentially, you are announcing to the world where you are and what you’re doing, and eventually artificial intelligence will put together a profile on you that can lead to hacking.

The second thing is to use secure services. There’s no free privacy or security. Use a paid service that will secure your information because at least then you have some sort of comfort or recourse that your data is safe.

Contact Angela at This email address is being protected from spambots. You need JavaScript enabled to view it.

Joan Esposito on WCPT-AM (Chicago, IL) on how to protect yourself from cyber hacks

Alain Ghiai, CEO of GlobeX Data Ltd. is interviewed by Joan Esposito on WCPT-AM (Chicago, IL) on how to protect yourself from cyber hacks. WCPT is a Progressive Talk radio station licensed to Willow Springs, Illinois, and serving the Chicago metropolitan area. WCPT is owned by Newsweb Corporation.

GlobeX Data (CSE: SWIS) CEO Alain Ghiai joined Steve Darling from Proactive Investors on Skype from Switzerland to talk about his company debuting on the Canadian Securities Exchange under the ticker "SWIS"

23 July 2019 Media and Press
GlobeX Data Ltd.  (CSE:SWIS, Forum) has successfully listed on the Canadian Securities Exchange via IPO, and now trades under the symbol SWIS. At time of publication, shares were trading at $0.30.  The Company recently closed its initial public offering of Common Shares and Tradable Warrants, the net proceeds of which will go toward working capital, and also fund its business development campaign as well as software development.

Operating in the security technology sector, GlobeX Data distributes a suite of secure cloud-based tools for communication, storage, encrypted emails, document management and collaboration. It offers the following products to its clients, who range from consumers to small and medium-sized enterprises, as well as worldwide governments:


GlobeX Data founder and CEO Alain Ghiai noted for investors that going public and trading on the CSE brings both responsibilities and rewards:

“The process of starting a company from the beginning, as opposed to merging with an existing public company through an RTO, has been very challenging and very enriching and informative at the same time. There is a great satisfaction as we begin the journey with a handful of supportive shareholders.”

CEO Ghiai called cybersecurity vulnerabilities a global problem that is growing exponentially. The value is poised to reach $250 billion by 2023:

“We have taken the approach to focus on the long-term growth of the business and we are ready to face the challenges and the rewards that come with it, and our shareholders support this long-term vision. Cybersecurity is an issue that concerns all consumers, businesses and governments alike.”

The Company houses all its secure servers in Switzerland (excluding some government organizations that need on-premise data residency).

Alain Ghiai
CEO
+1.604.558.5164
This email address is being protected from spambots. You need JavaScript enabled to view it.
From article on Stockhouse.com:
https://stockhouse.com/news/newswire/2019/07/23/new-listing-alert-globex-data-ltd-cse-swis-now-listed-on-cse